The Bendigo Rowing Club is based at Lake Weeroona, Bendigo, the small but very iconic rowing venue. The BRC is run entirely by volunteers and caters for all levels of rowing ability, from beginners to elite and social to competitive rowers. There are training sessions throughout the week in the morning and afternoon. A small, friendly club that welcomes anyone who would like to row.

The Bendigo Rowing club is a small, friendly, inclusive, community club that welcomes people of all ages, abilities, and fitness levels. The club aims to have more people in the Bendigo region participating in rowing.

Rowing is a low impact sport, widely regarded as excellent physical exercise while using a large percentage of the body’s muscles. Rowing provides excellent muscle toning and muscle strengthening and development as part of an overall fitness regime.

The origins of the Bendigo Rowing Club (BRC) go back to 1872 when John Godfrey , a mining surveyor and keen rower moved from Tasmania to the mining town of Sandhurst (later Bendigo). With the enthusiasm he created amongst the locals during that year, meetings were held and the Sandhurst Rowing Club was formed . The original Rowing venue was the Grassy Flat Reservoir about a 1 hour horse ride from the town. Competition was fierce within the fledgling rowing community and shortly after, a group left and called themselves the Bendigo Rowing club creating their own sheds nearby at the same reservoir.

John Godfrey rowed into the beyond in 1927 and his boats were left to the club. His single scull has been beautifully restored and now takes a pride of place on the wall of the Club Gymnasium. In 1928 the Sandhurst and Bendigo clubs merged to become the Bendigo Rowing Club (BRC).

The club looks forward to celebrating 150 years of rowing in Bendigo in 2022.

The current Bendigo Rowing Club continues the tradition of these early clubs including both social and competitive rowing for all ages (12yrs to 100+!). Regular 'learn to row' programs are offered for junior rowers (normally at least 12 years of age) and both male and female adults who have never rowed before.

Junior and adult members of the BRC compete at a number of regattas throughout Victoria including state championships and interstate at the National. Members also compete at National and International Masters events.

We would love you to join us and get involved. Become part of the action! The following opportunities are currently open:

Do you lead a community group? Check this page for opportunities that may be of interest to you

Everyone is welcome to be part of our organisation. Learn more about what is involved by clicking here.

Sports players of all kinds, click here for opportunities!

We love all of our wonderful volunteers! If you're looking to be involved click here.

Get a taste for what we are all about. Check out photos of our activities, upcoming events, and our latest social media updates. 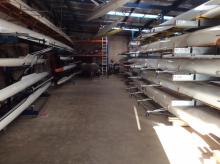 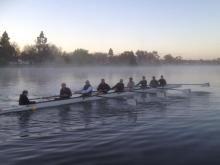 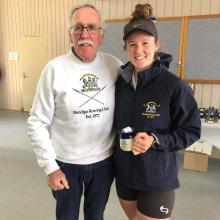 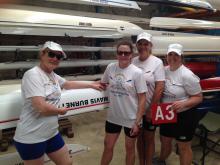 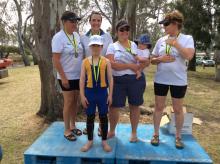 No events for group

Got a question or interested in joining us? We’d love to hear from you so please submit an enquiry and we will get in touch with you soon.

Thank you! Your enquiry has been sent!
Oops! Something went wrong while submitting the form.
Connect Now

Interested in joining us? Submit an enquiry with this form and we will get back in touch with you about becoming a member.

Thank you! Your enquiry has been sent!
Oops! Something went wrong while submitting the form.

Welcome to the Connect Greater Bendigo community. We help you connect with the many sporting clubs, community groups, events and volunteering opportunities found in our great region.

COVIDSafe Information
Did you know?
Grants and Governance
Help articles
Terms and conditions